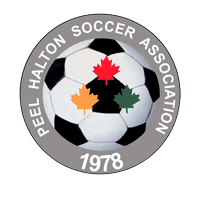 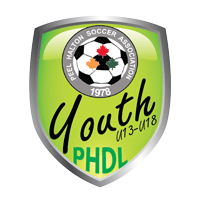 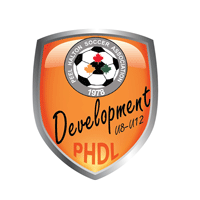 Thank you for your interest in referee position at the International Soccer Club in Mississauga.

Any person judged by the ISC Discipline Board to be guilty of abusive conduct towards a game official during any ISC game will be reprimanded in writing.
A second conviction will result in all playing members of the immediate family in question being de-registered from the ISC.

The ISC Discipline Board may decide to start the de-registration process after the 1st offense.

This policy applies to all attendees at any ISC games.

Once you have accepted/selected a game, it is your responsibility to get all the information and copy it onto your calendar. This game is yours! Make sure you know where the field is and how you are getting there!

Should you find out you cannot fulfill your game YOU MUST Do the Following:

Arrival at the Field

You must arrive at least 30 minutes prior to kick-off, to perform your pre-game duties:

A no show will go on your record and will result in loss of bonuses and removal from the list of ISC referee list. If you have 3 no shows without a valid reason you will be removed from the ISC list for one year.

Game sheets must be filled out properly. Getting the score properly is very important. Cautions and dismissals must be reported on proper forms, extra forms will be available at the club. Special Incidents Reports are for reporting any improper behavior by anyone other than players. However players may also be reported on these forms if an incident occurs after they have been dismissed or for incidents that occur before or after the game.

If a game is abandoned for whatever reason please report the score at the time the game was terminated and how much time was played. Make sure you report the reason for abandoning the game. If the game was abandoned due to interference by spectators, a coach or a player a special incident report must be submitted as well.

IT IS YOUR DUTY TO REPORT ALL INCIDENTS AND DISCIPLINE

Common sense must be applied when game is conducted in excessive heat. The referee must bring lots of water to drink. Also, the referee shall allocate time during the game for players to drink, even allowing a water break in each half for all players. If a player is not feeling well, allow a substitution at any stoppage, you can consider this as an injury. You may even consult with the coaches about reducing the lengths of the game especially if one team does not have any substitutes.

If you notice lightning or if you suspect it is in the area, stop the game. Speak to the coaches and get everyone to safety. Decide if you going to wait and see if it clears, but if it doesn’t look good, just abandoned the game. Report the score and time played on the game sheet. You must submit the game sheet even if the game did not start so that you can be compensated.

If you are assigned as an assistant referee, you have an important job to do and duties to perform. You must also be there at least 30 minutes prior to KO. The referee should be giving you instructions, otherwise you should be asking for them. Your duties include, being at all times in a position to judge offside. If you watch the game instead of your correct position you will find yourself getting out of position often. This is embarrassing for you and the referee.

If the player is an offside position when the ball is played forward by a team-mate wait until he gets involved with the play before raising the flag. Remember a player can’t be in an offside position if he/she is behind the ball or in his own half.
Advise the referee of fouls or serious incidents he/she may not have seen. Eye contact with the referee is important so that you both are signalling for the same restart.

When meeting with the coaches it is important that they understand the proper procedure for substitutions. Some adult coaches will try to take advantage of the youth referee and make substitutions whenever they like. Please remind them of the following procedure:

Please do not allow players to enter the field without permission or prior a player he/she replacing has left. If a coach makes a substitution without permission, politely remind them of the procedure and if they repeat the offence, you should start cautioning players for entering the field of play without permission.
*A goalkeeper can change places with any other player at any stoppage provided the referee is notified. This would include the penalty shot.

You should play the full length of a half and add for time lost through substitutions, injuries, ball lost, and discipline. On average it is between 2 or 3 minutes per half. If a team is deliberately trying to waste time in the second half, by delaying a restart to gain an unfair advantage when winning by a goal or two, you should warn the first offending player then caution the next. Other methods used to cheat and waste time would be a coach making a substitution at every stoppage. Make it clear that you will stop your watch when this happens and this may put a stop to it. IT IS NOT NECESSARY TO ADD TIME WHEN A TEAM IS LOSING BY A LOT OF GOALS. MAKE SURE YOU ARE USING A DIGITAL STOPWATCH

At times you will encounter players, coaches or parents who are troublemakers. They may challenge your decisions and even verbally intimidate opponents. When this occurs be sure to take them aside at a stoppage, talk to them and instruct them that such behavior is not acceptable and if they persist, they will be cautioned. If you end up cautioning them, advise them that further problems would result in a sending off. Please Refer to Referee Support Policy for details.

Please make sure you recognize the different tangents of unsporting behavior. Sometimes just awarding a free kick is not enough. Try and judge what should be a warning, a caution, or a dismissal as each game is different. When a game is becoming rough you must use one or all three of the above measures to help regain control of the game.